A Visit To Ukraine 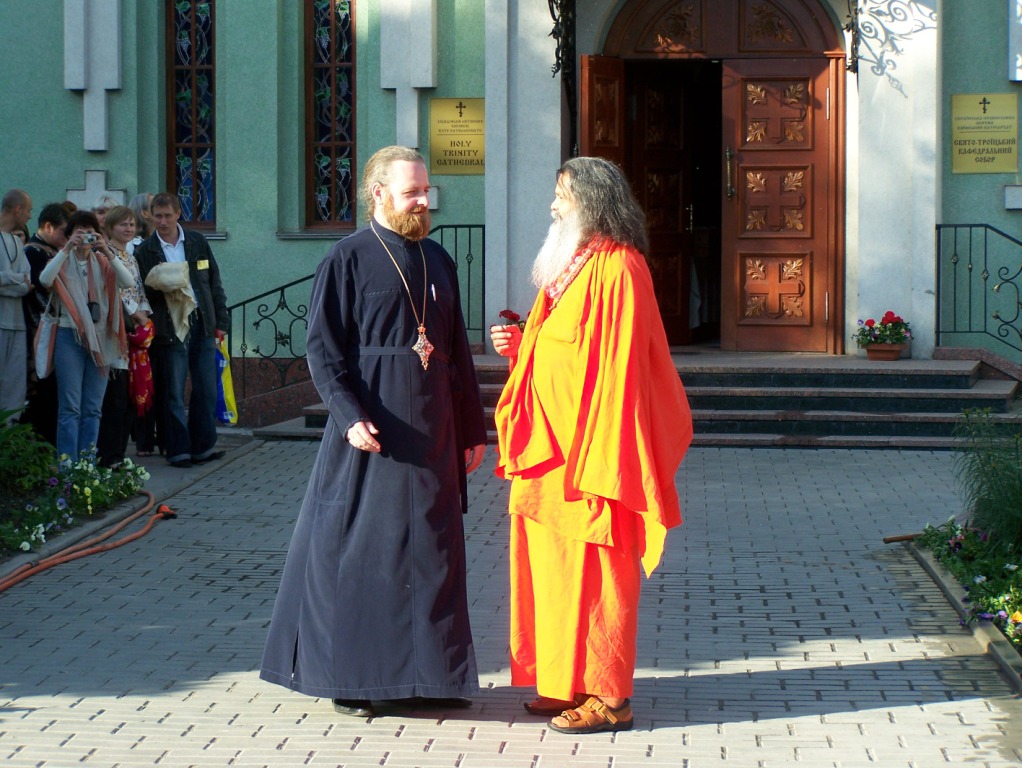 His Holiness Swamiji with His Eminency Ioann, Archbishop of Cherkassy-Odessa
26th May 2009

His Holiness Mahamandaleshwar Paramhans Swami Maheshwarananda Started his peace tour in Ukrain from 25 till 29 May. His Holiness Swamiji arrived to Kiev, Ukrain on Monday and gave an evening lecture in Cherkassy Drama Theatre in front of 600 people. The full hall showed the openness and spiritual search of the Ukain and international visitors. The topics of the lecture were physical and spiritual health as well as a short but powerfull introduction to methods of yoga. The live event with the demonstrations of easy and advanced yoga technics: asanas and pranayams impressed the audience.

On Tuesday His Holiness Swami Maheshwaranandaji visited the Archbishop of Cherkassy-Odessa, His Eminency Ioan in the heart of the city in Holy Trinity Cathedral. Among many topics they expressed mutual understanding about tolerance for relegions and cultures, and Swamiji invited His Eminency Ioan to the 8th World Peace Conference in Budapest as a special guest. His Holiness Swamiji gave his worldwide known book Hidden Powers in Humans - Chakras and Kundalini to His Eminency. 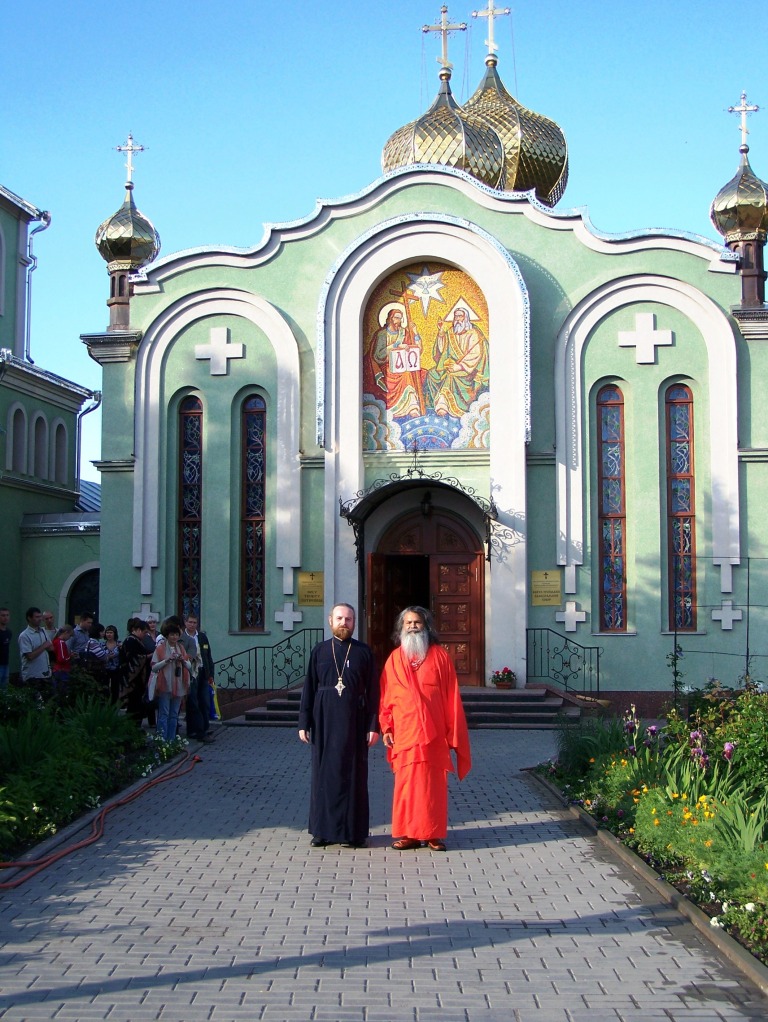 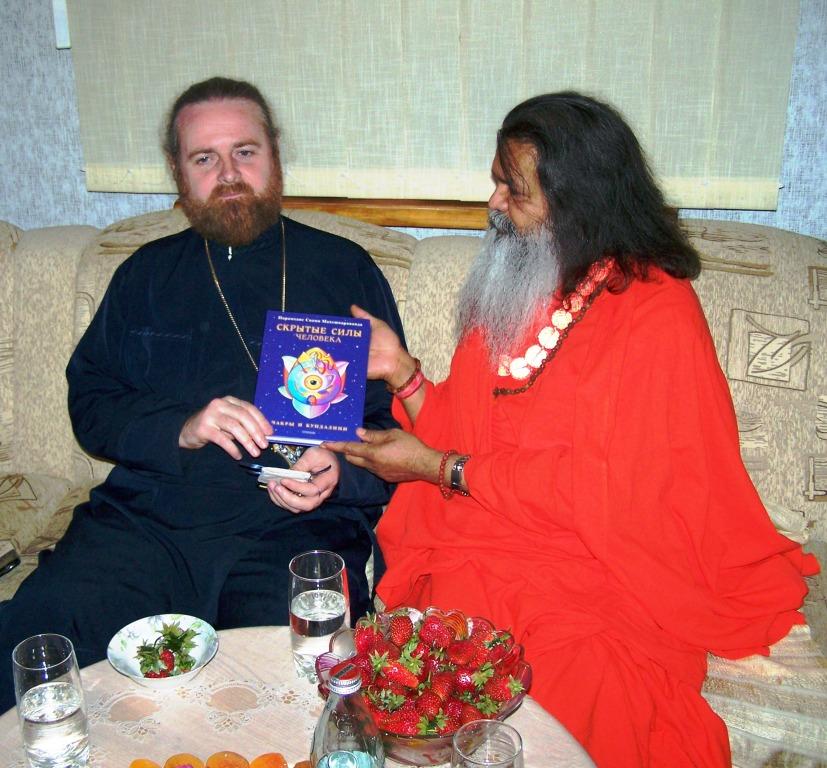 Swamiji`s tour will continue with lectures on yoga, health and spiritual developement for spreading the message of world peace and tolerance in Cherkasy and Kiev, and the weekend in Strilky, Czech Republic.