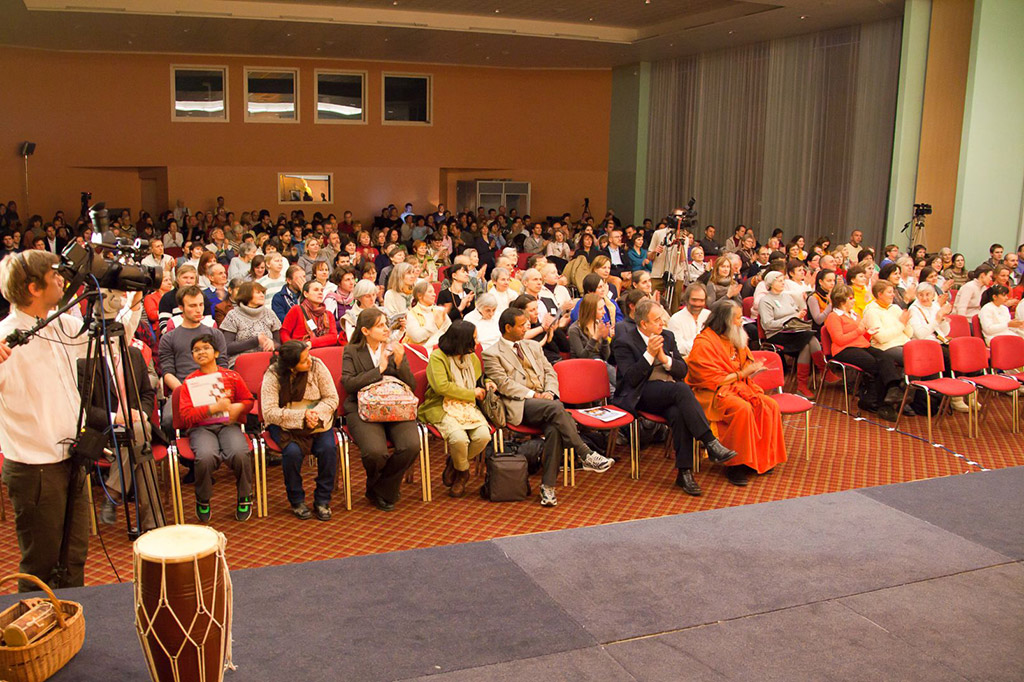 The international conference on "Youth and Ethics Education" organised by the Sri Swami Madhavananda World Peace Council and the Youth Union of Yoga in Daily Life started on Friday evening, 3rd Dec. 2010, with a "Colourful Concert" , a cultural programme that reflected different streams of contemporary and traditional spiritual music. On Friday, at the ceremonial opening was present Indian Ambassador D.P. Srivastava.

Opening addresses were delivered by Ing. Roman Fuksa, president of the Yoga In Daily Life Society in Prague, Mgr. Lenka Schwarzová, ethics advisor to the Minister of Edication and Ing. Marie Kousalíková, director of the Department of Schools, City of Prague, who greeted the conference and welcomed all participants to Prague.

Professor Jaroslav Vacek, the world famous indologist and linguist, pointed out the significance of the Indian heritage for ethics and spirituality in our modern world.

Ing. Lenka Henebergova, director of the National Agency for European Educational Programs, explained the importance of the conference for Czech schools, where just recently a new subject "Ethics" was introduced into school curriculum. The conference and its workshops demonstrating examples of good practice in introducing Ethics into schools is a great inspiration for many teachers and school principals.

After these speeches, His Holiness Mahamandaleshwar Paramhans Swami Maheshwarananda, initiator of the conference, addressed the audience with an appeal to foster relationships between parents and children - parents should hold their children in their lap, and not their laptops. He also explained that with the development of spirituality, ethics develops automatically, too.