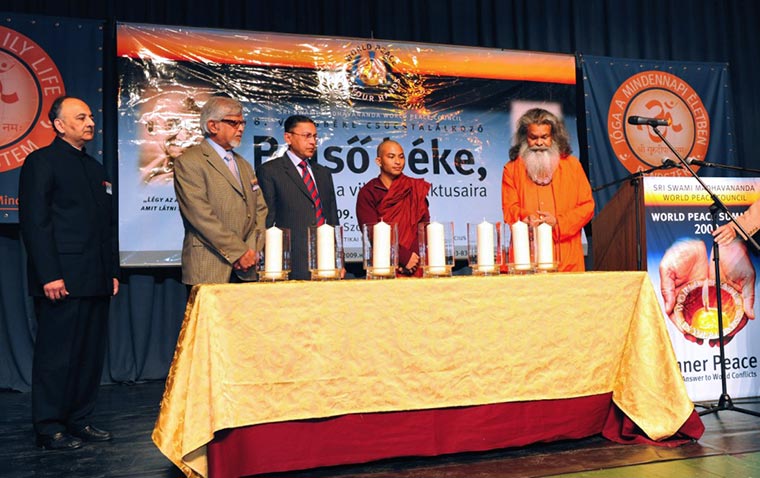 The Summit is an annual event conducted by the Sri Swami Madhavananda World Peace Council in cooperation with Yoga in Daily Life™. Its founder and President is H. H. Mahamandaleshwar Paramhans Swami Maheshwarananda, author of the worldwide renowned Yoga in Daily Life System. This year the patronage was granted by the Prime Minister of Hungary. The topic of the Summit has been chosen: "Inner Peace – Answer to the World Conflicts". 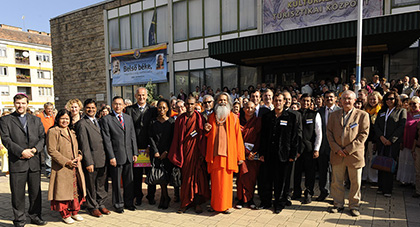 On Friday evening the Conference started with a cultural performance of national and international artists, dancers and musicians. On Saturday morning the opening of the Summit was celebrated by lightening Peace Candles. Keynote speakers were Paramhans Swami Maheshwarananda, H.E. Ranjit Rae, Ambassador of India to Hungary, H.E. Ivan Bandic Ambassador of Croatia to Hungary who conveyed the message of his President, Stjepan Mesic, Mr. Arun Manilal Gandhi, grandson of Mahatma Gandhi, Surya Kumar Bose, grandnephew of Shubhash Chandra Bose, Prof. Timi Ecimovic, scientist, Riccardo do Done, President of the Organisation for the protection of children rights and many other dignities.

Numerous Peace Messages have arrived, among them messages from the President of Slovenia, Bosnia & Herzegovina Presidency Chairman Željko Komšić, the Chief Minister of Rajasthan, the Premier of South Australia, the Vicar General of the Archdiocese of South Australia.

This year for the first time the World Peace Council conferred Peace Awards and recognized as Messengers of Tolerance, Nonviolence and Peace, three personalities: H. E. Stjepan Mesic, President of Croatia, Hon. Mike Rann, Premier of South Australia and Mr. Ramu Damodaran, President of the UN Staff Recreation Council. As a living and lasting symbol of this peace initiative a Peace Tree was planted and Peace Prayers were offered by H. H. Swamiji and the VIP guests in the park of the City Szombathely. 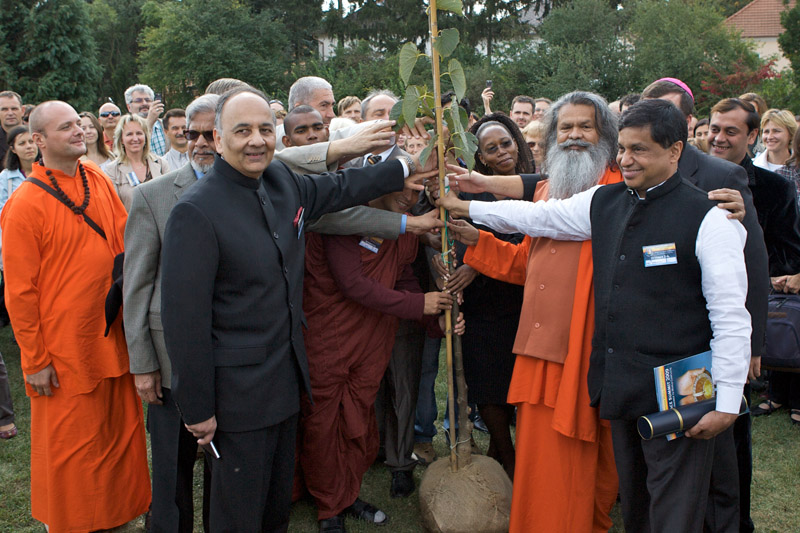 Dr. Renate Lavicka, Radha, General Secretary of the WPC welcomed the participants in the name of the Sri Madhavananda World Peace Council and introduced the aim of the World Peace Summit and need to promote the Mahatma Gandhi’s and Sri Swami Madhavanandaji’s messags. She stressed Gandhi’s thought that “There is no way to peace, peace is the way”.

H. E. Ranjit Rao, Ambassador of India to Hungary, thanked Swamiji for this wonderful work to bring peace not only to Hungary but to the whole world. Hungary lies on a cross road between east and west. Famous words from Gandhiji: that a house should have open windows to the wind from all sides. Hungary has a rich tradition of scholarship exchange with India . Gandhiji non-violence was a deep rooted conviction. For him violence only bring forth violence again. This we experience day by day that violence is no solution.

Ivan Bandic, Ambassaor of Croatia to Hungary, Said that he is very happy, proud to have the privileged to take part in this Summit and convey the letter of Croatian president.

Mubera Ramic from the Office of the President of Bosnia, expressed her thankfulness to attend the Summit on behalf of Bosnia and Herzegovina, and she sent a message of Bosnian president, Zeljko Komsic to all participants.

Ramu Damodaran, President of the UN Staff Recreation Council, quoted Swamiji’s sentence that “a seed should be planted in order to grow it into a  tree”. Likewise, the message and seed of peace were planted many times but if they are not disseminated they will not grow into peace trees. The seeds of peace should be spread all around especially in local communities. There is a need to create human solidarity. We have to transcend our knowledge and experiences in order to reach inner peace and world peace. He thanks Swamiji for all his effort to bring the peace into the world.

H.E. Takalani Esther Netshitenzhe, Ambassador of South Africa, spoke on Mahatma Gandhi’s message in correlation with the international conferences and summit aimed to achieve more peaceful and sustainable world. Mentioned Gandhi’s time spent in Africa, and life of Nelson Mandela. On idea of democracy and equality among nations.  On establishment on democracy and human rights in South Africa.

Paramhans Swamij Maheshwarananda, started his speech by chanting OM and reciting the Peace Mantra. He told that his Master, Holy Guruji used to say: "It takes a time for a seed to grow into a large tree." For that the seed has to sacrifice itself. As it is said – you have to die in order to live. Humans have one big: We speak only about human rights, human needs – but we shall love and protect all God’s creation because God does not love only us humans. Wars, fightings are reflections of the karma which human committed against other creatures. Every action has its reaction and opposite. The highest principle is non-violence. Gandhiji also used the same word – ahimsa. Wars are against ahimsa, against Vedas, Bible, Quran and all holy scriptures. October 2nd is the day of Nonviolence declared by the UN. There are no boundaries, no limitations, life is one and the creator is only one. We are all children of one God. If we want to see peace in our country we have to search for brotherhood. We shall rise these thoughts and awareness that the whole world is one family. Then there will be no more hate, fighting, violence and war.

Arun Manilal Gandhi, grandson of Mahatma Gandhi shared with the audience what he learnt when he lived with with his grandfather as a young boy of 12 about the principle of non-violence. Gandhiji used to say that anger is like electricity which we can use for good or bad. We must learn to channel the anger in the best way. It is an important thing learning how to avoid violence. There are various kinds of violence. We can also commit violence without using physical force, hurting others through words, behavior or carelessness. This Gandhi called passive violence. Accumulated passive violence will burst out into physical violence one day, and this is what is happening in our world, happening in the youth. We are living in a "culture of violence" nowadays. By throwing away useful things and by over consuming we commit violence against our planet and deprive other people who live in poverty. We commit passive violence every day consciously or unconsciously and that is why we should understand what is going on within us. Only then we can succeed to change the world. 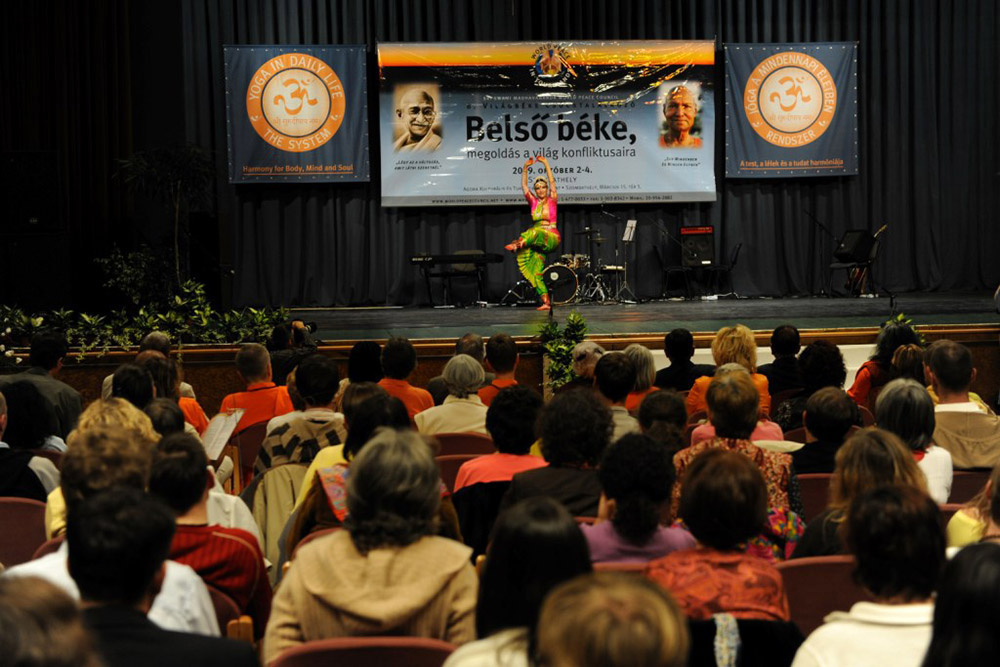 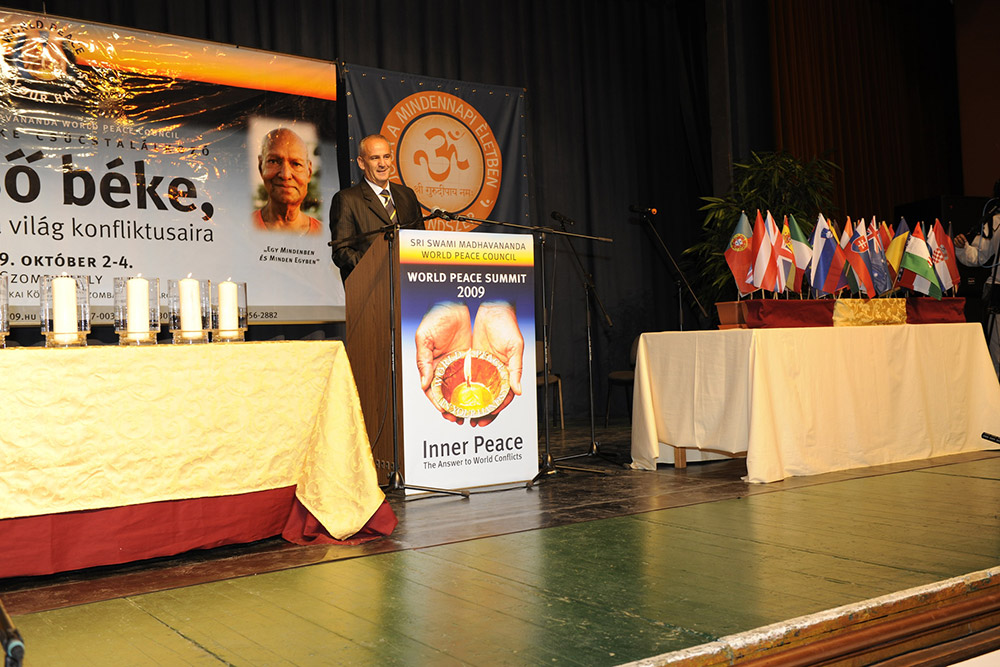 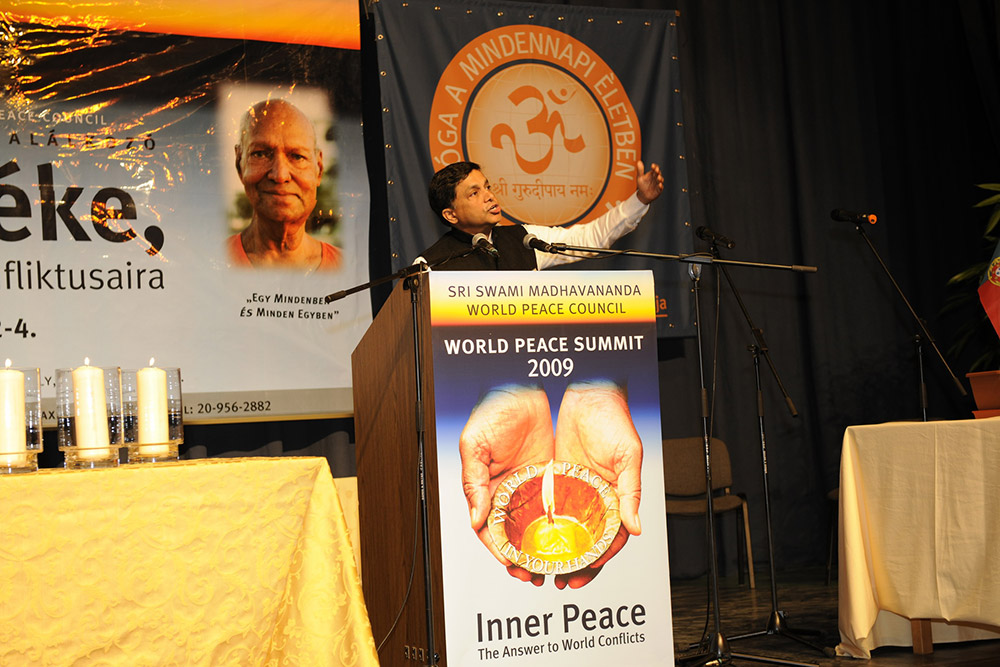 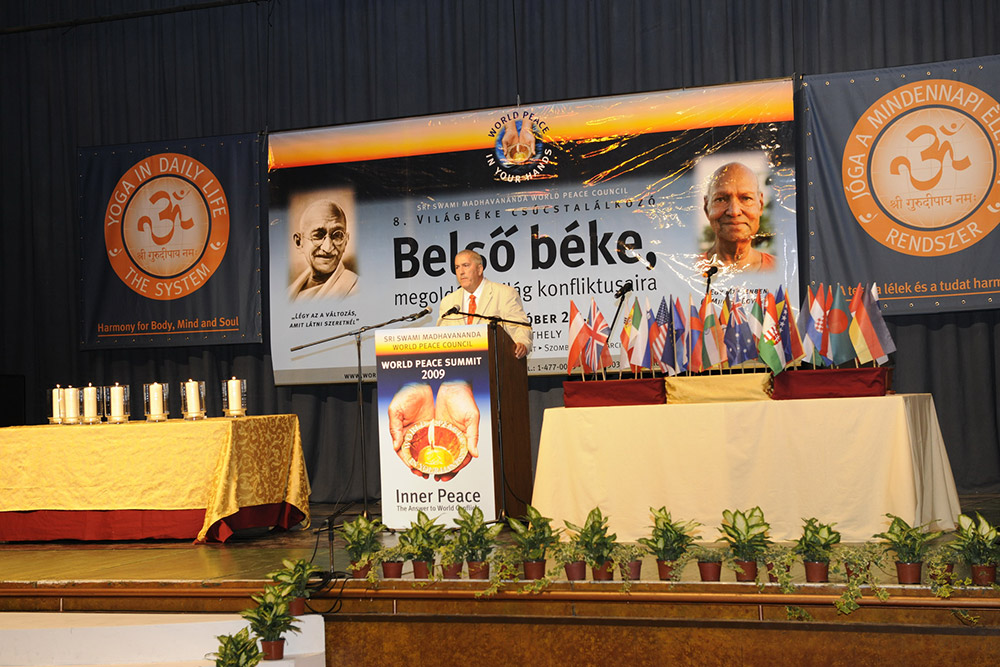 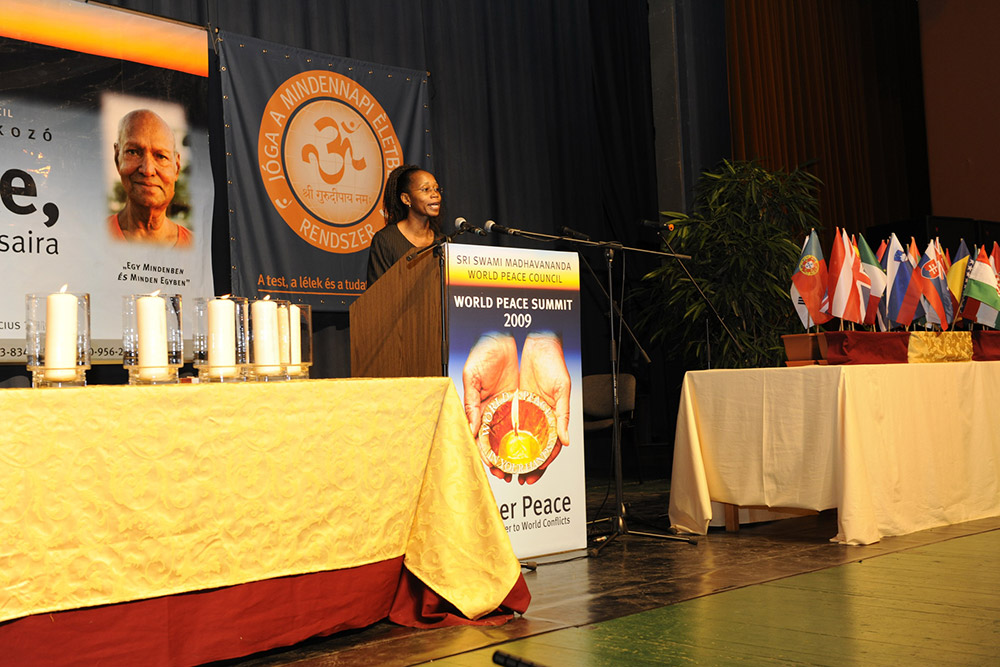 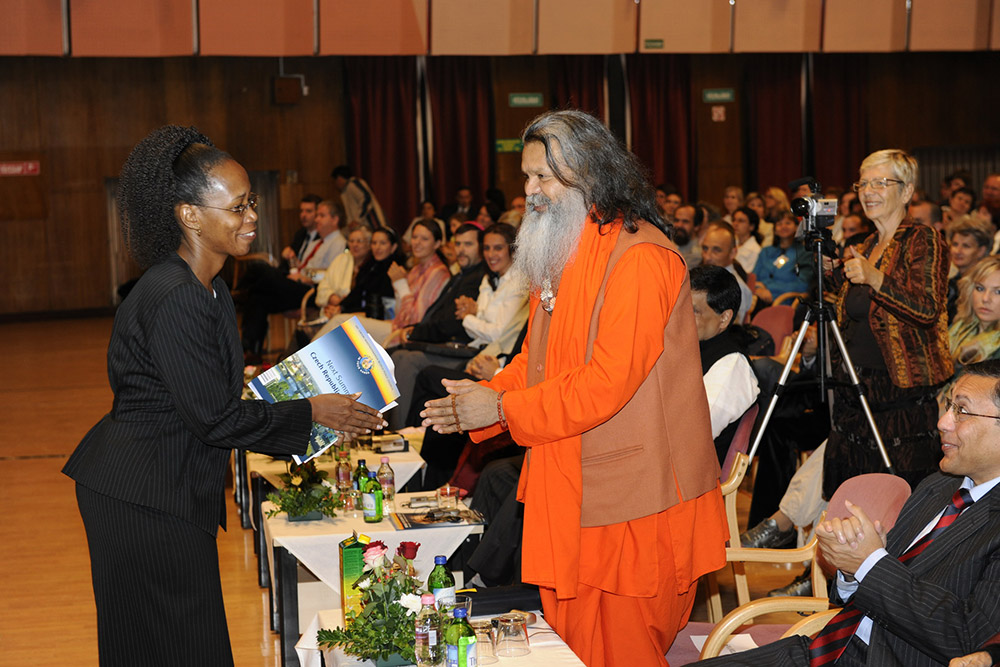 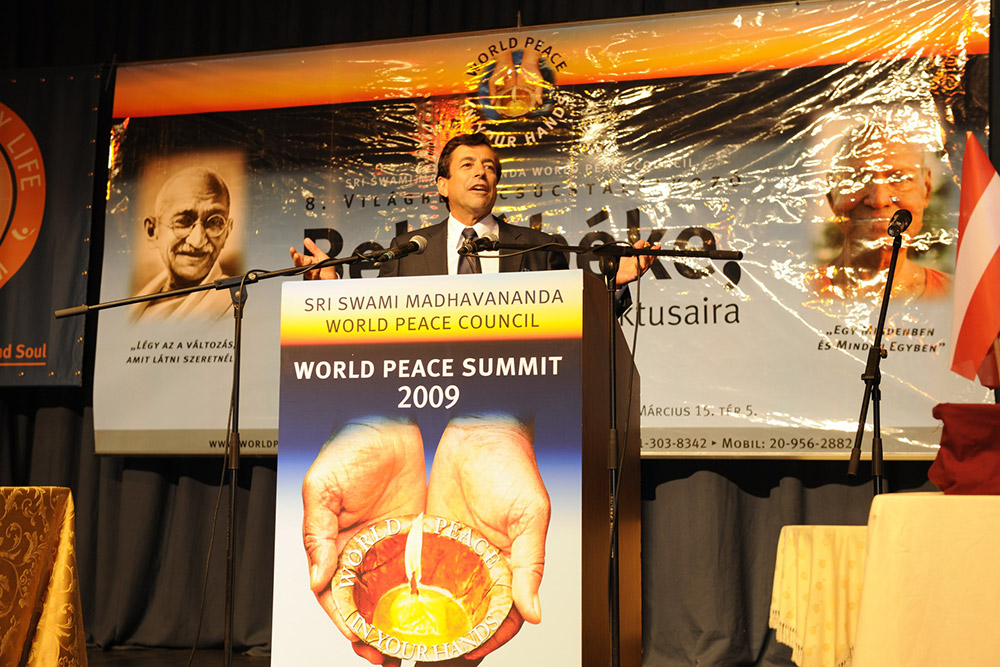 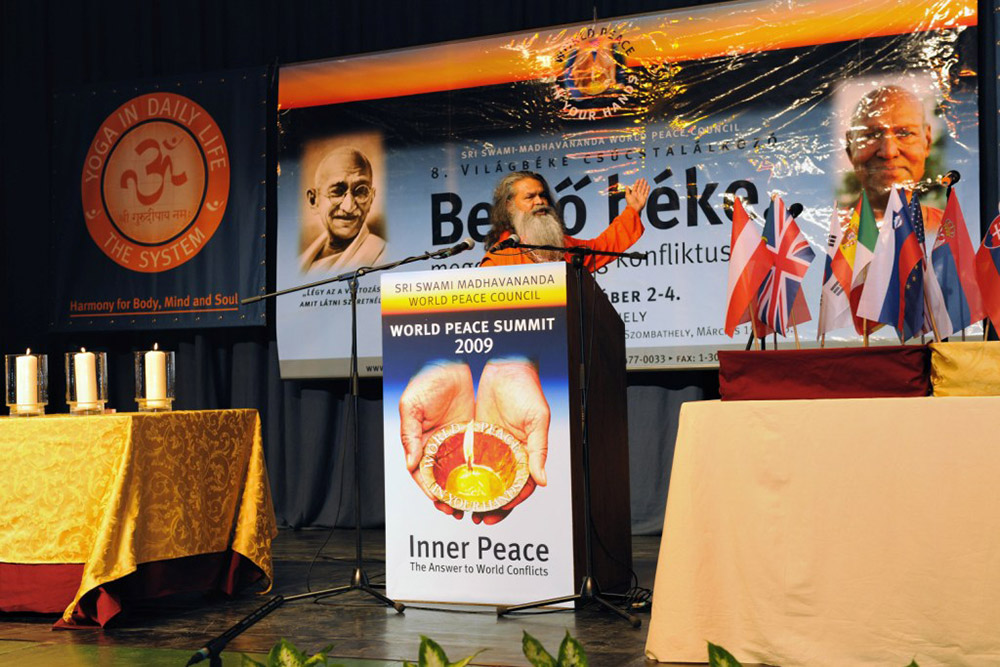 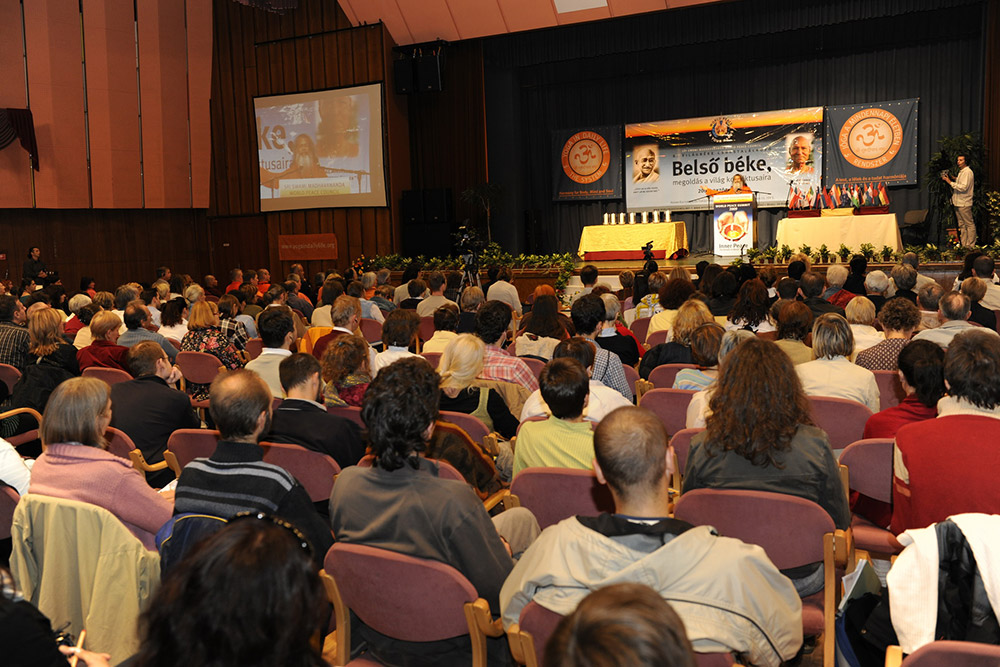 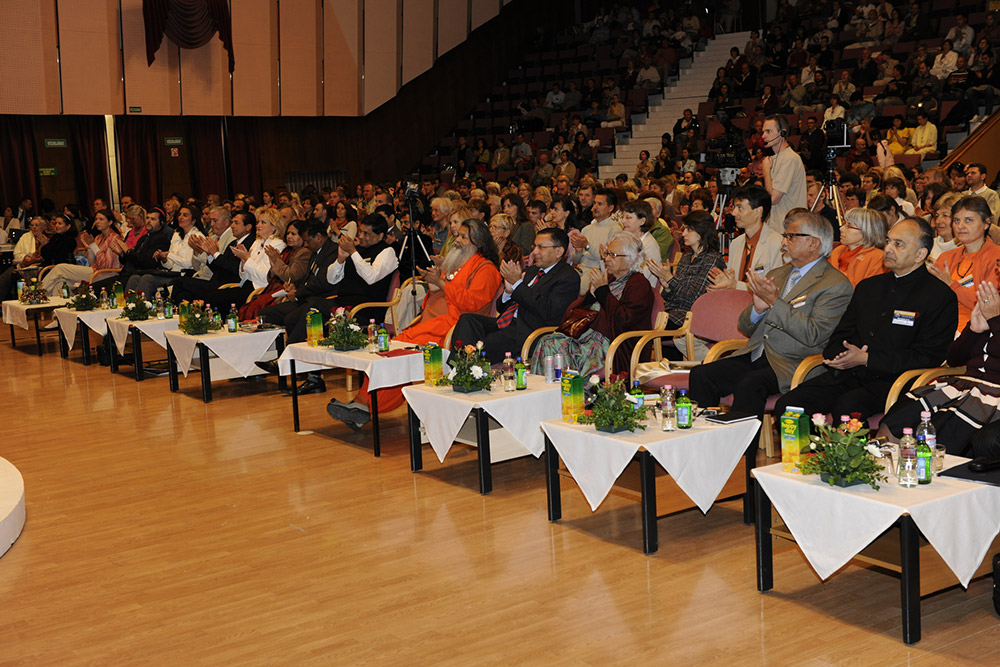 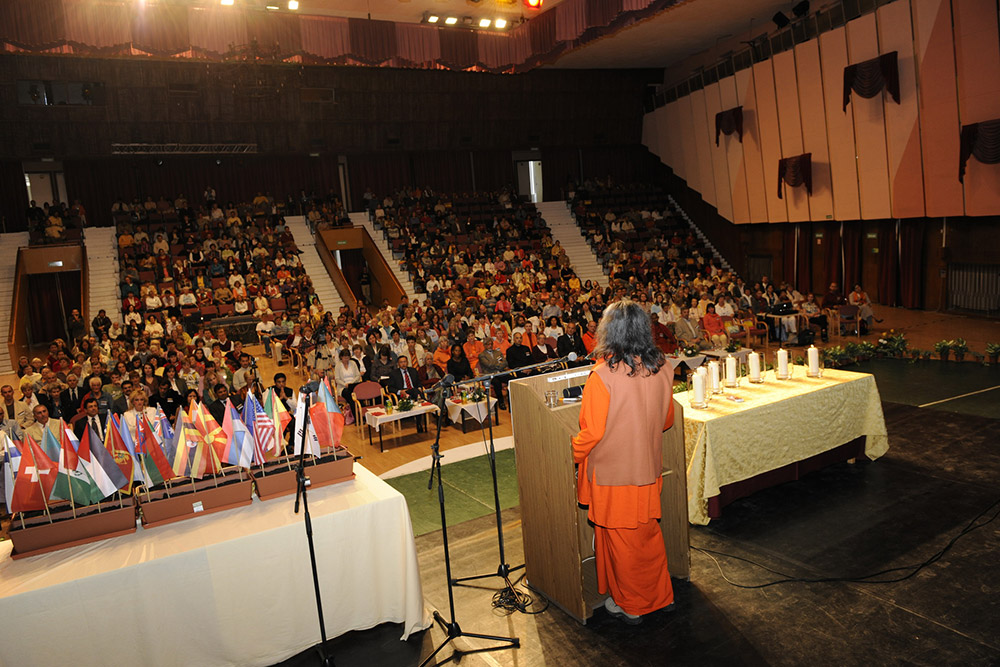 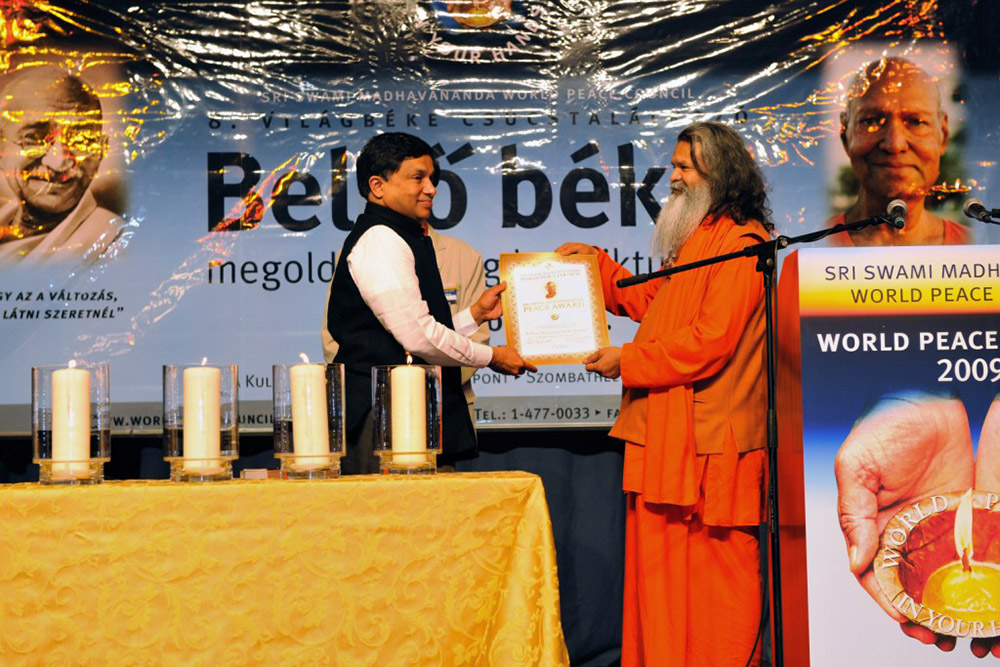 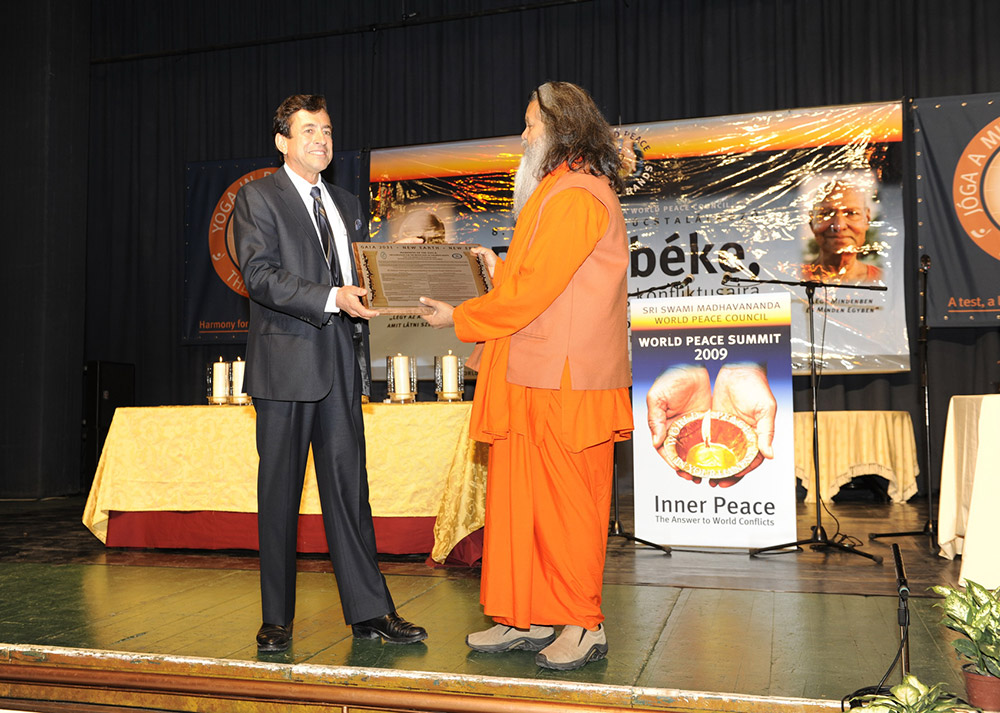 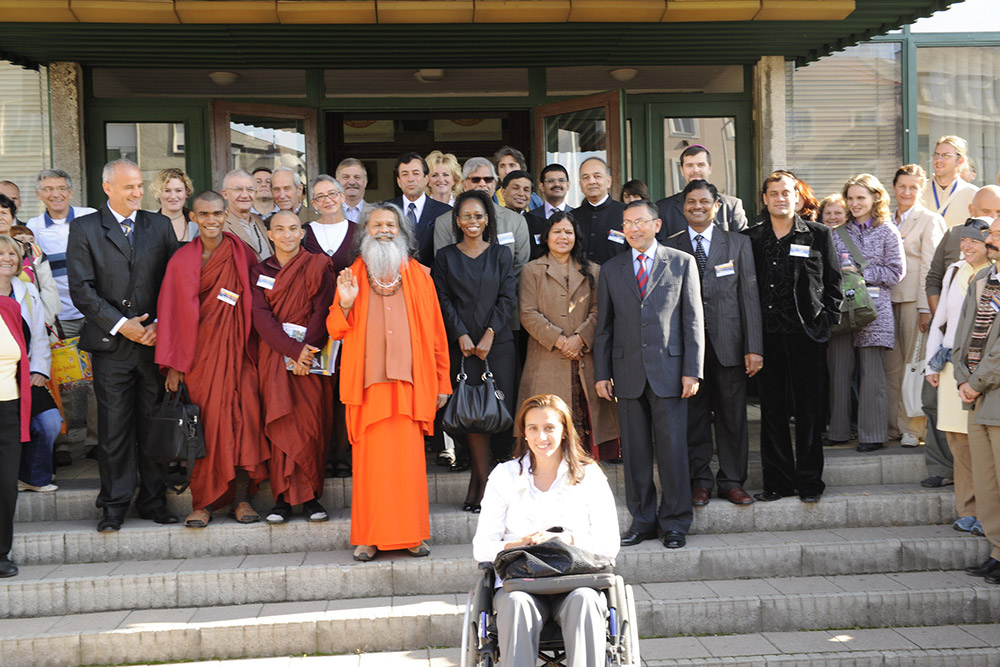 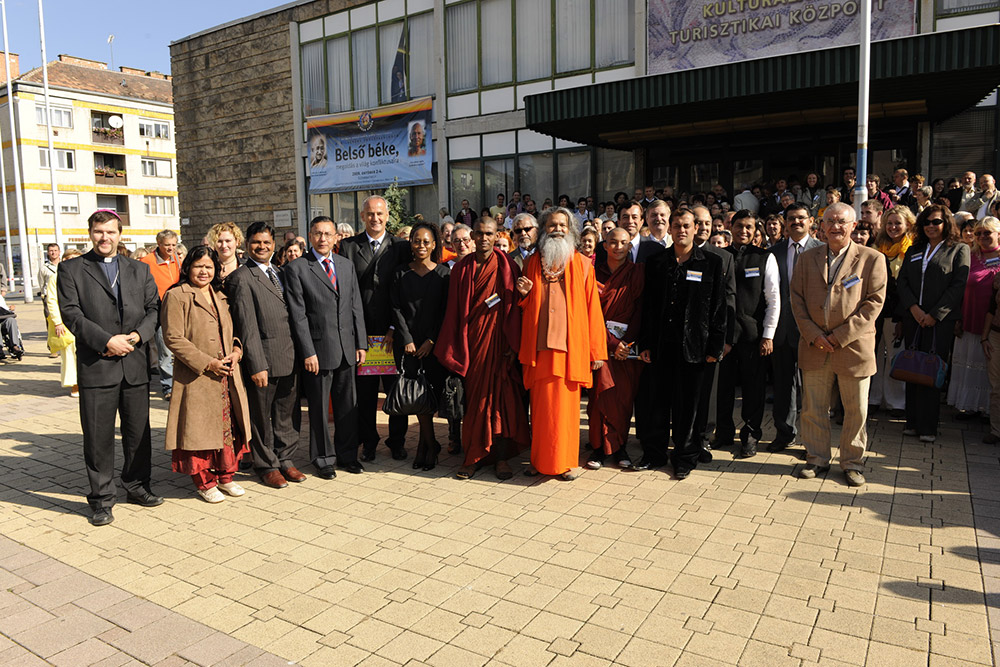 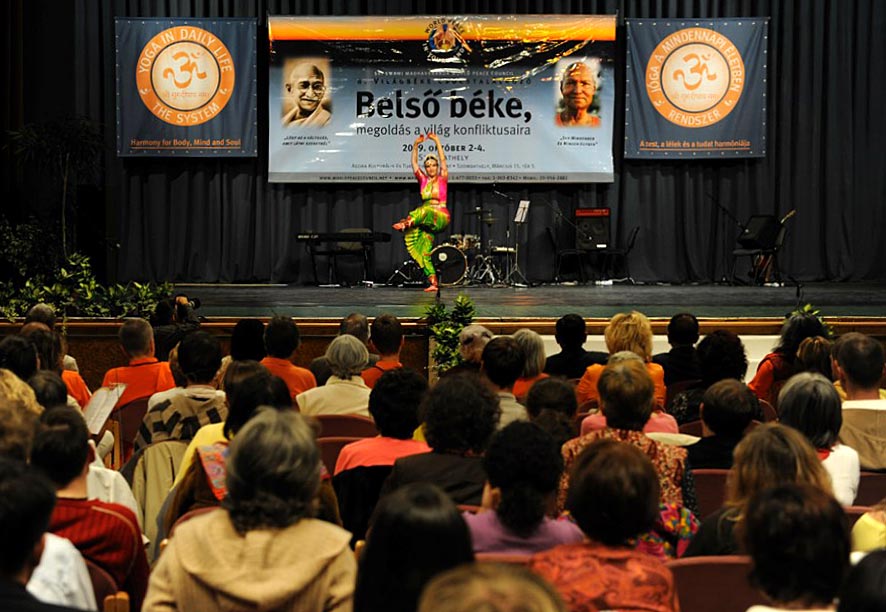 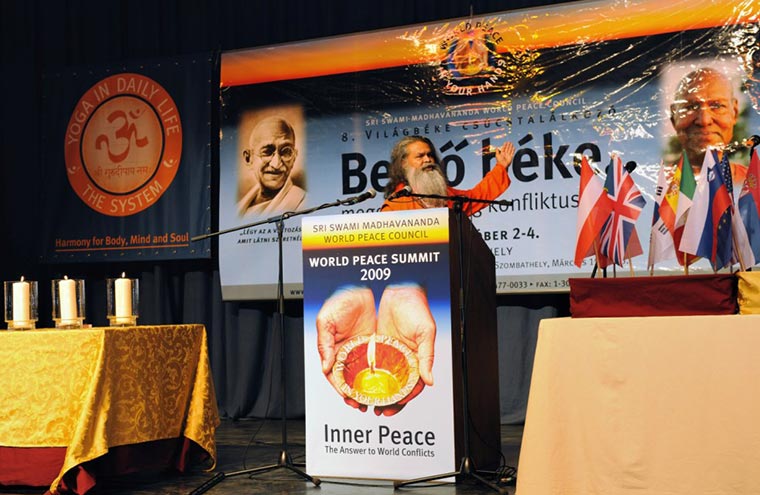 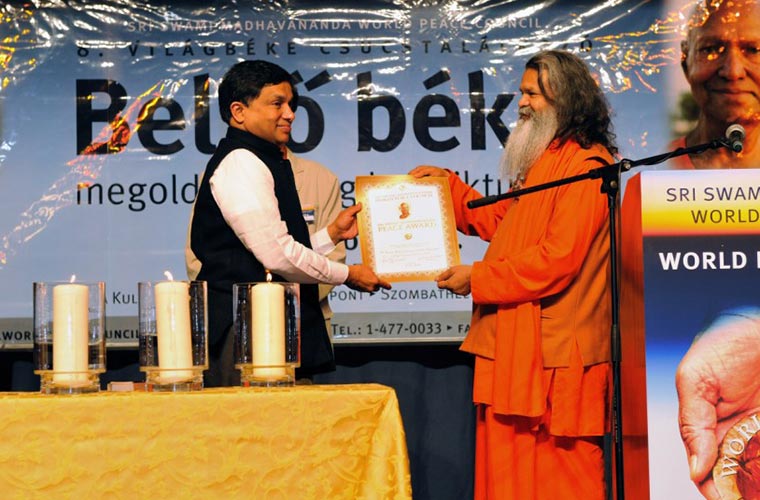