Prague, December 5, 2016 - Just a few days after UNESCO inscribed yoga on the Representative List of the Intangible Cultural Heritage of Humanity, the international conference on “Yoga in Daily Life – a Path to Non-Violence and World Peace” was held in Prague, Czech Republic on December 4, 2016. The event that was held under the auspices of the Czech Minister of Culture Mr. Daniel Herman, was organized by the Sri Swami Madhavananda World Peace Council (SSMWPC), an NGO in special consultative status with the Economic and Social Council of the United Nations (ECOSOC), on the initiative of its founder, H.H. Vishwaguru Mahamandaleshwar Paramhans Swami Maheshwarananda, and co-organized by Yoga in Daily Life Prague association and Czech Hindu Religious Community – Vishwa Guru Deep Hindu Mandir. 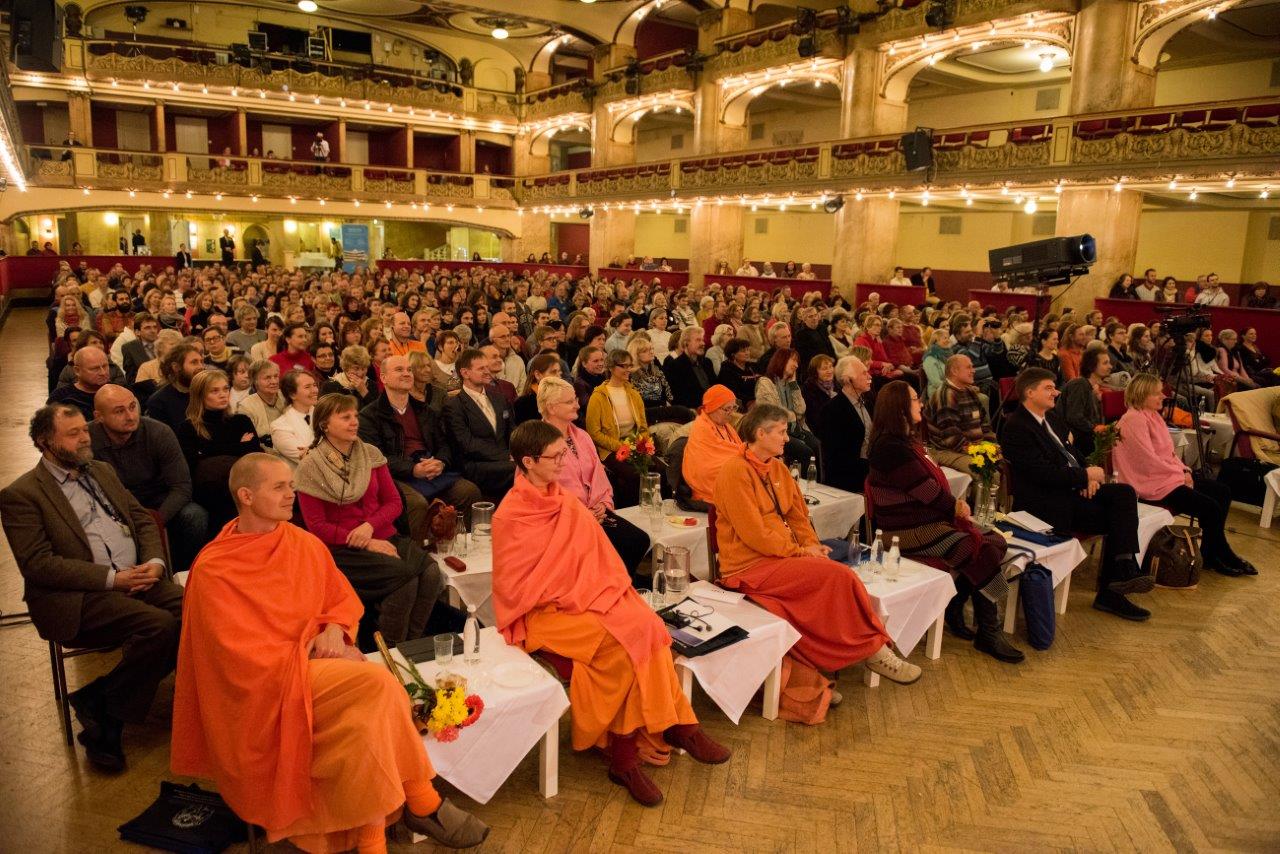 Hundreds of delegates listened to inspiring talks by a number of political and spiritual leaders, leading academics and physicians, as well as artists. They all agreed on the importance of fostering peace and non-violence as a way forward to make today’s world a better place and to contribute to personal and spiritual development of humans. Ms. Alenka Smerkolj, Slovenia’s Minister for Development, Strategic Projects and Cohesion, HSH Prince Alfred von Liechtenstein, Chairman, Advisory Board International Peace Foundation, and the other speakers highlighted the role yoga, and specifically Yoga in Daily Life as a scientific system of yoga practice, can play in achieving those goals. Ms. Alena Gajdůšková, Advisor to Prime Minister of the Czech Republic and a Member of the Parliamentarians for Nuclear Non Proliferation and Disarmament also added greetings to the conference from Czech Prime Minister Bohuslav Sobotka. 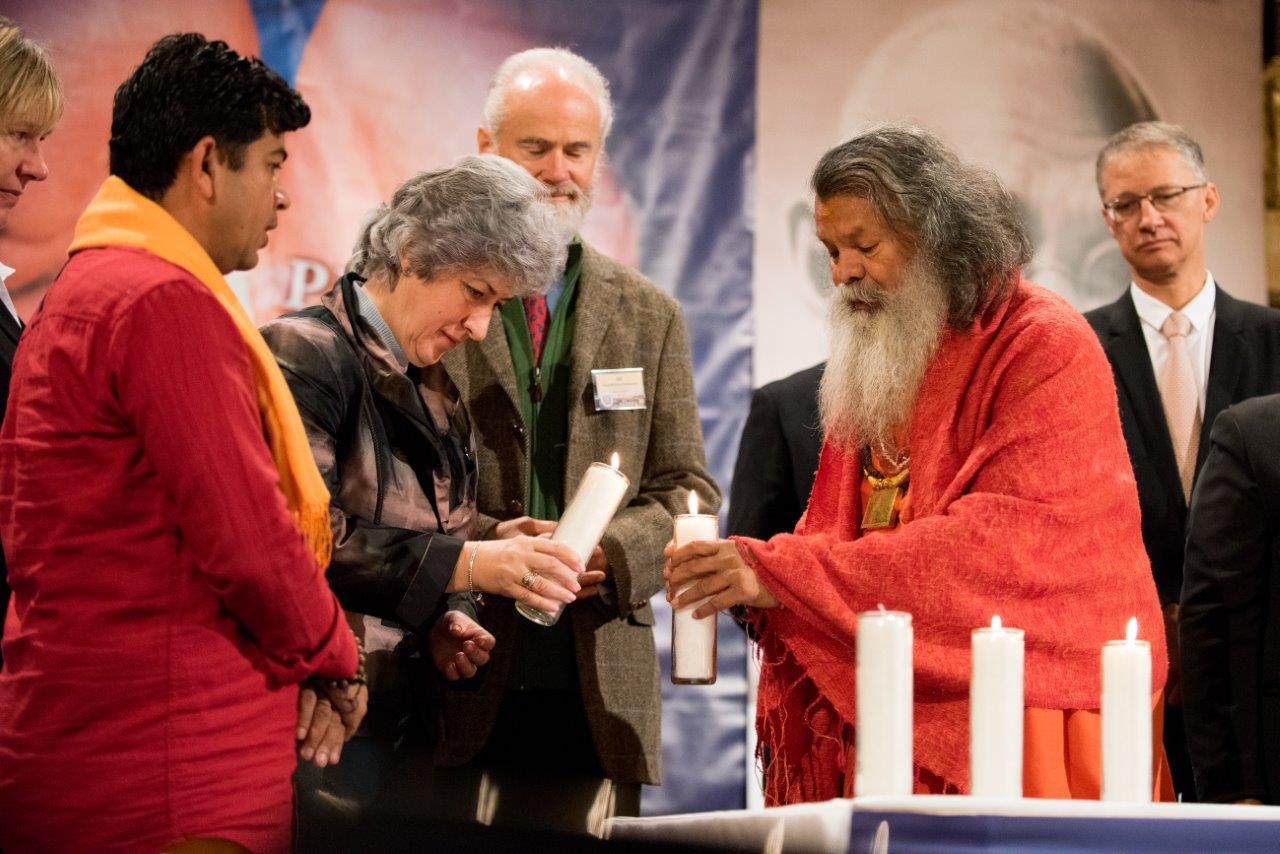 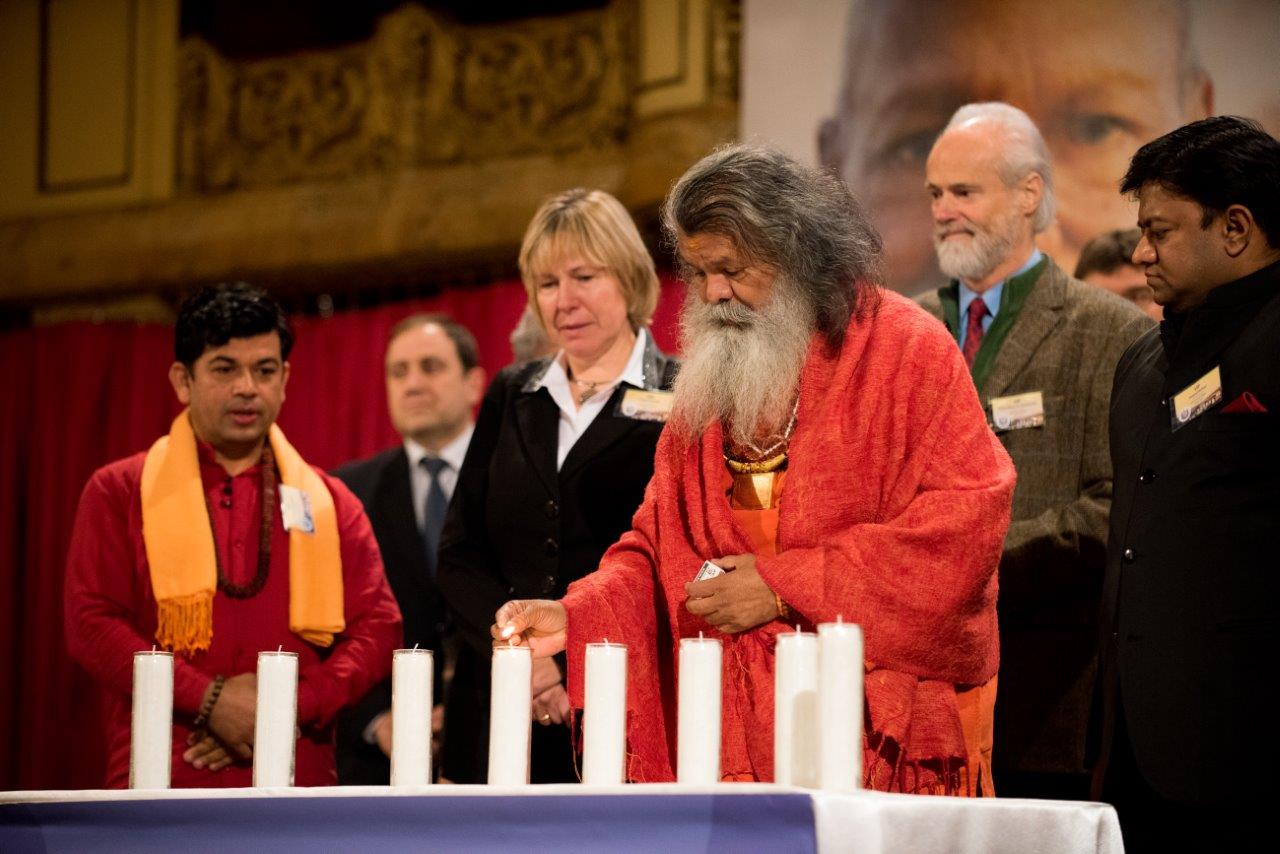 SSMWPC's activities are aimed to serve humankind by fostering world peace; tolerance, understanding, respect and freedom among religions, cultures and nations; cultural exchange; dialogue between denominations and nationalities; ethics education and healthy lifestyle; humanitarian aid, protection of the environment and all creatures. The association raises awareness of the importance of inner peace in humans as a way to world peace. The peace endeavours can only be successful in combination with inner transformation and yoga provides the power required for positive change.