Vishwaguruji at the UN June 2015 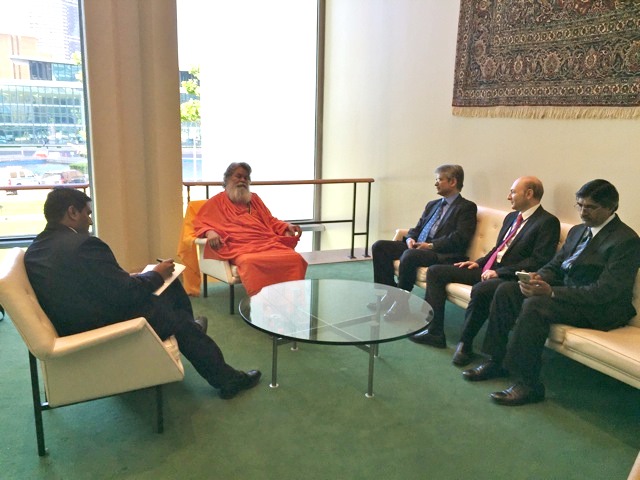 On June 10th at the United Nations Headquarters in New York, at a meeting with Ambassador Asoke K Mukerji, Permanent Representative of India to UN, Counsellor Prakash Gupta, Georgian Ambassador, Mr Kaha Imnadze, and Mr Ramu Damodaran, Deputy Director in the UN-DPI's Outreach Division, Vishwaguruji presented a history of the Yoga in Daily Life system, plus the activities and projects of the YIDL international community, including its engagement as NGO at the UN.

The focus of the meeting was the celebrations at the United Nations on 21st June marking the first UN International Day of Yoga (IDY), which local members of the Yoga in Daily Life community accepted the invitation to attend.
Yoga in Daily Life also participated internationally: with Vishwaguruji at the official program organized by the Prime Minister of India Mr Narendra Modi in New Delhi; in local programs organized by Indian Consulates and Embassies around the world; and through offering free yoga classes in centers, ashrams and public locations in more than 20 countries. 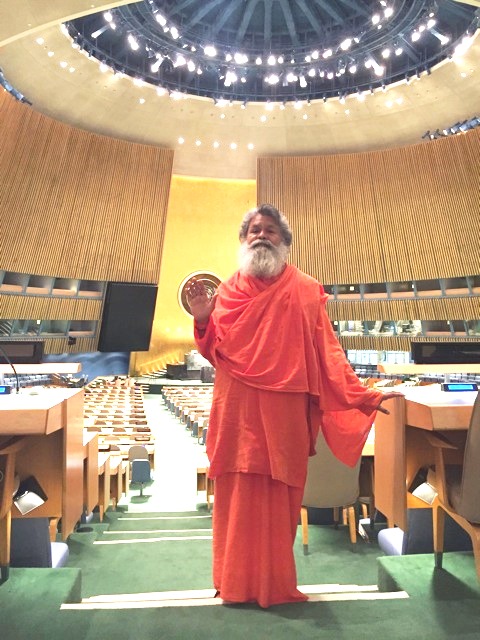 Vishwaguruji expressed his wholehearted support of this initiative of the Indian Prime Minister, agreeing with His Excellency Ambassador Mukerji that the impact of IDY will no doubt be a catalyst for positive change for the future of yoga. 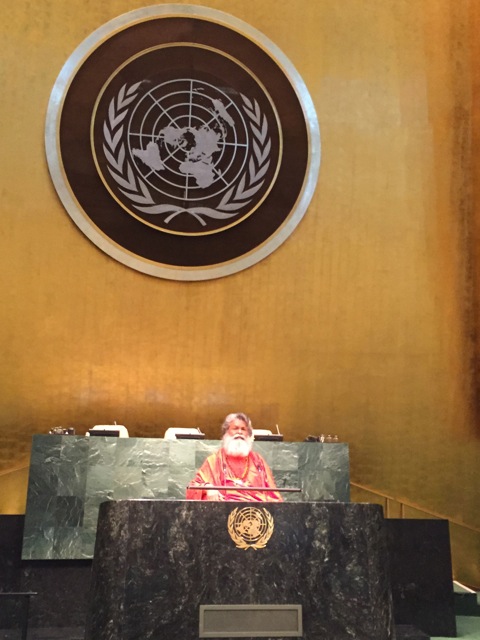