On 2nd October 2021, the occasion of the International Day of Non-Violence and birthday of Mahatma Gandhi, the Sri Swami Madhavananda World Peace Council (SSMWPC) collaborated with Yoga in Daily Life (YIDL) to present two special Online Events, hosting from Australia and Canada and joined by participants around the world. 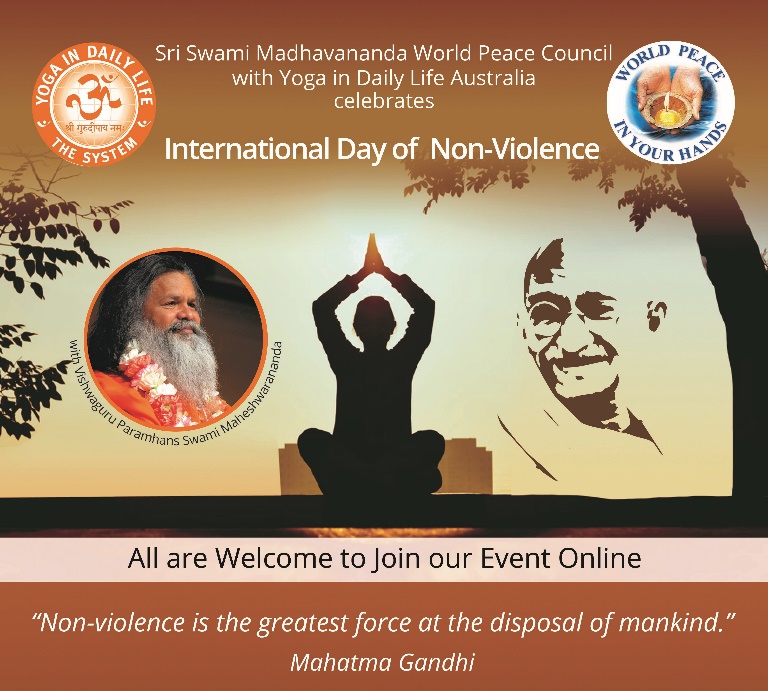 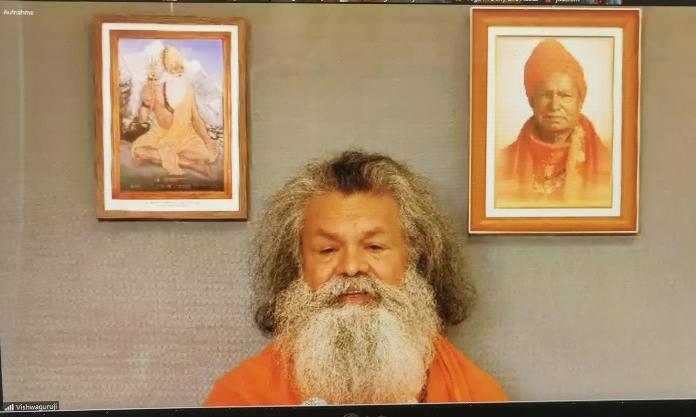 The celebration of the UN International Day of Nonviolence and the birthday of Mahatma Gandhi attracted more than 100 people from all over the world. Mahamandaleshwar Swami Jasrajpuri from the Yoga in Daily Life Ashram in Brisbane opened the meeting with a bhajan and gave an introduction to the Sri Swami Madhavananda World Peace Council. 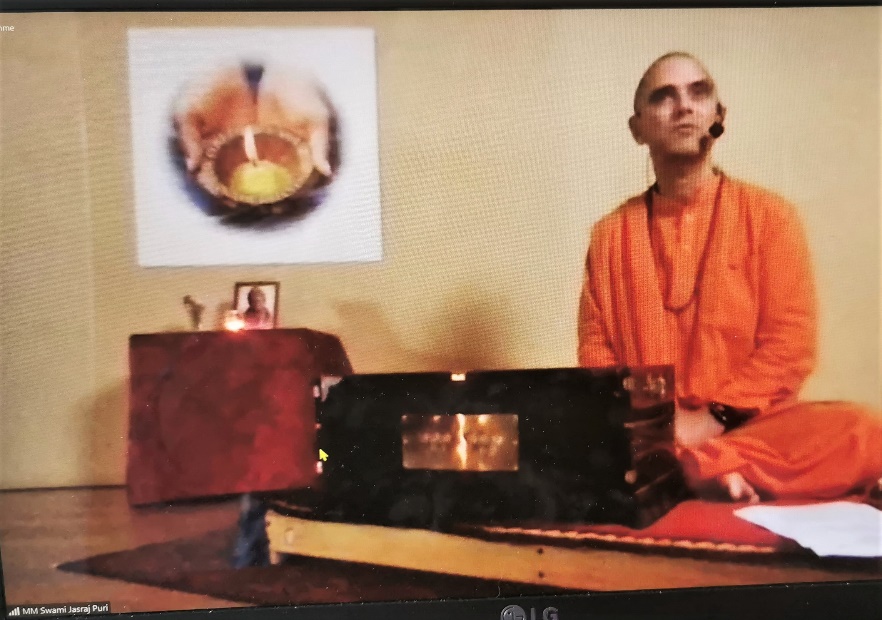 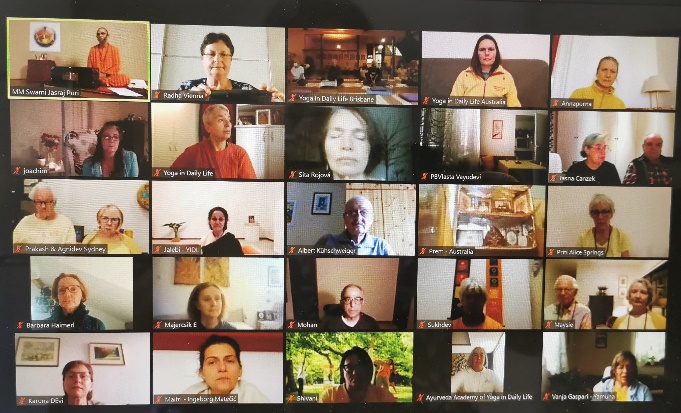 Mahamandaleshwar Swami Jasraj Puriji told a very inspiring story about the first peace tree that Vishwaguruji planted in Adelaide with the then Premier of South Australia, Hon. Mike Rann, and Monsignor David Cappo. Vishwaguruji suggested that this one tree should be the beginning of a sacred forest of one billion trees – and indeed Premier Rann took this idea and implemented it. This is how one activity, one person, can contribute to the betterment of a broader public and eventually the whole world. MM Jasraj stated that world peace starts with inner peace, with peace in the heart, and in this way everyone is able to contribute to peace in the world.

Swami Madhuram Puri from New Zealand contributed to the theme of peace and non-violence with a bhajan (spiritual song) by Holy Guruji Paramhans Swami Madhavanandaji, after whom the Sri Swami Madhavananda World Peace Council is named.

Vishwaguruji then gave a talk and lamented that people in our world today do not respect and follow the noble ideals and humanitarian values taught and spread by the great Mahatma Gandhiji and Saints such as Holy Guruji. He said that everyone should write the word AHIMSA (Sankrit for non-violence) on a piece of paper and hang it on their door, and in the morning when we leave the house, we should read this call and be aware of it throughout the day. If we do this, Vishwaguruji maintained, our world will soon be a better and safer place.

A short peace meditation was followed by MM Swami Jasraj's closing words and bhajan, so that everyone left this meeting with uplifting thoughts and inspiration. 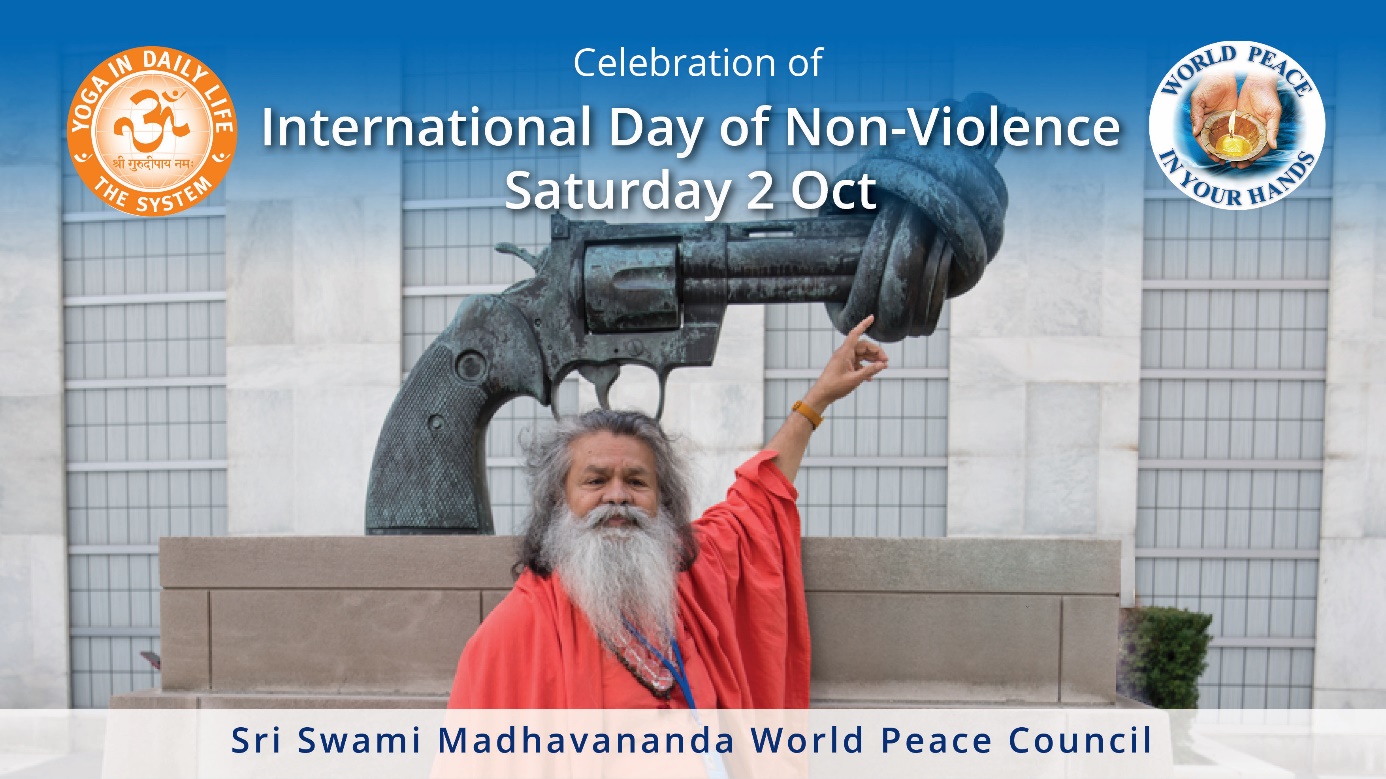 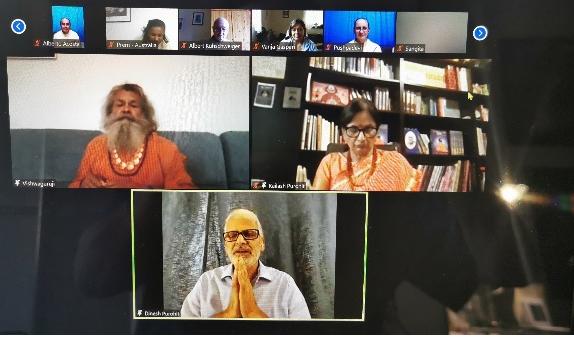 The Satsang event was opened by Ms Kailash Purohit from Yoga in Daily Life Atlanta, who gave an introduction to the Sri Swami Madhavananda World Peace Council and Paramhans Swami Madhavanandaji, in whose honour the Council is named.

The first talk was then given by Sadhvi Daya Mata, whose family is originally from China and Malaysia, and who has lived in Vancouver, Canada for many years. She has been a disciple of Vishwaguruji for 20 years and took sannyas diksha (initiation as a monastic) in 2013 at the age of 71. She spoke about the origin and history of the Ahimsa movement initiated by Mahatma Gandhi, which eventually led to India's independence without weapons and war. She called on all people to be aware of non-violence every day in their whole life and being. 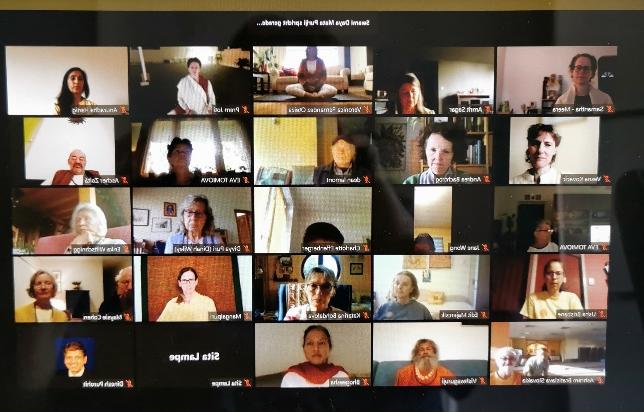 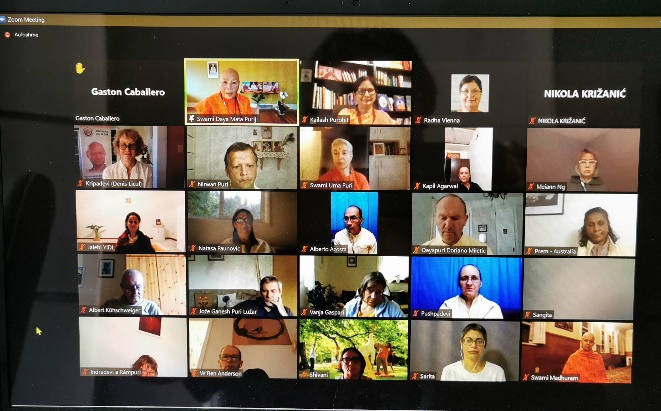 In his address, Vishwaguruji again emphasised the greatness of Mahatma Gandhiji and the importance of the Ahimsa principle for our troubled world. Ahimsa not only towards human beings but also towards animals, towards all of nature. Vishwaguruji said that on this day he wrote a letter to Prime Minister Modiji in Delhi to request that he should advise all embassies of India worldwide to display the picture of Mahatma Gandhiji, the hero of Indian independence, on the embassy premises and also to take steps to follow Gandhiji's principles and avoid consuming meat, alcohol and any drugs. In this way, India will once again become a great example for the whole world. 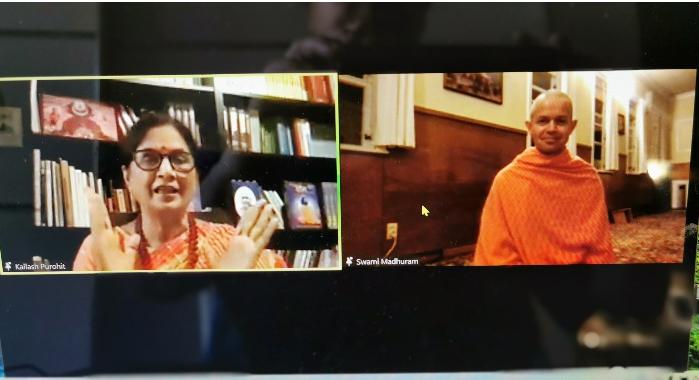 This was followed by various contributions on the theme of Ahimsa and the UN Day of Non-Violence by Dineshji Purohit from Atlanta, Kripadevi from New York, Secretary of SSMWPC Board, Swami Umapuri from Vienna and many others from a range of countries. Sri Venkatesvaran ji recited the Peace Mantra and Ms Bhogeesha offered a prayer for the peace of all people.

Mr Kapil Agarwal, SSMWPC Ambassador in India, greeted those present and said, "If you want to experience non-violence and peace, look at the image of Vishwaguruji and you will receive his energy of peace and ahimsa.”

Sarita, SSMWPC Ambassador in Canada, said that Guru Seva and service to all are the key to blessings, inner peace and fulfilment.

Swami Madhuramji closed the impressive international meetings and sessions by reciting the Shanti Mantra – a universal prayer of peace for all.