The theme of the 2022 Peace Day observance is: End racism. Build Peace.

On September 16, the Sri Swami Madhavananda World Peace Council joined members of the International Day of Yoga Committee at the United Nations (IDYC) to celebrate Peace Day, with a program held in the Tillman Chapel – the Church Center for the UN in New York City. The program was hosted by Denise Scotto, the chair of IDYC.

At the onset of the program, Kripadevi, the SSMWPC representative at the UN, led a short session of Sarva Hitta Asanas and breathing practice, helping the audience to relax and settle awareness in the body and the present moment. A guest speaker at the event was Matt Kahn, best-selling author and spiritual teacher, and the music offerings were performed by Ms Michelle DellaFave.

The official UN Peace Day observance program was held at the UN Headquarters in New York, in the morning on the same day. The program began with the traditional Peace Bell Ceremony in the Peace Garden at 9:00 am local time, when the Secretary-General and President of the General Assembly rang the Peace Bell.

Following that, a Youth Observance was held in the Economic and Social Council (ECOSOC) Chamber, in which more than 500 students interacted with the Secretary-General and high-profile artists and activists. Young people presented projects illustrating the actions they have taken to combat racism and thereby foster peace. 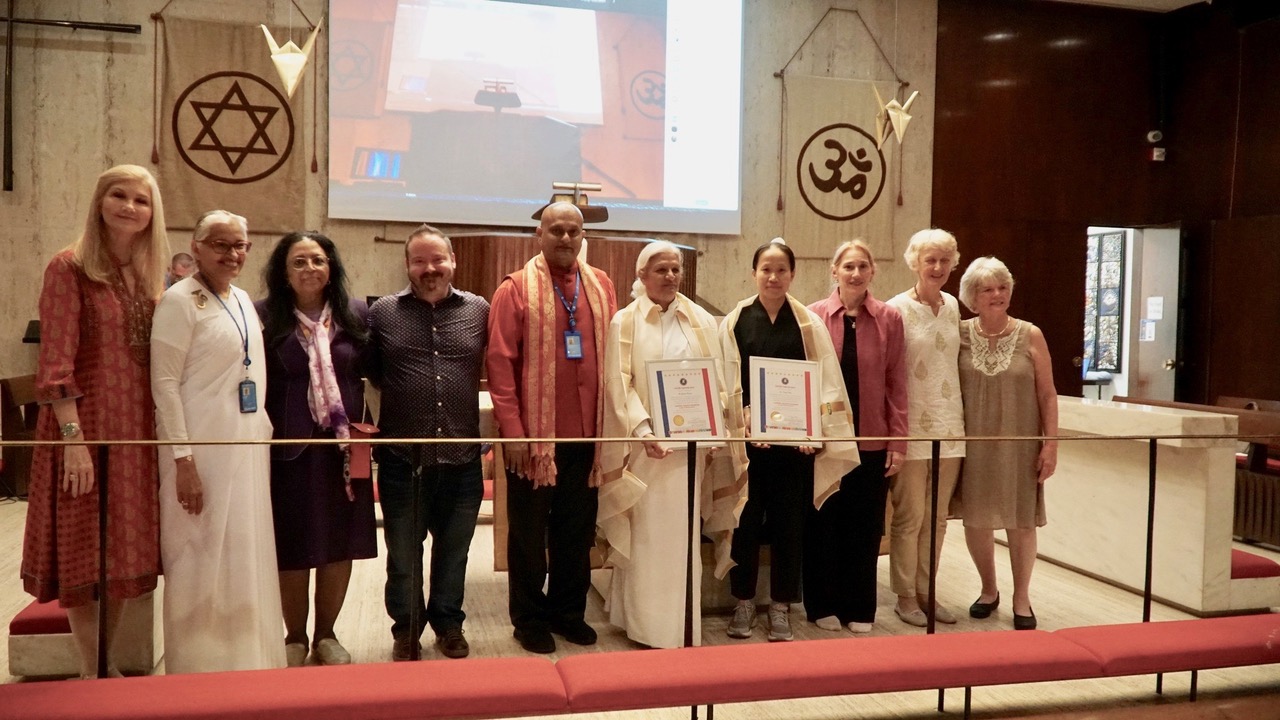 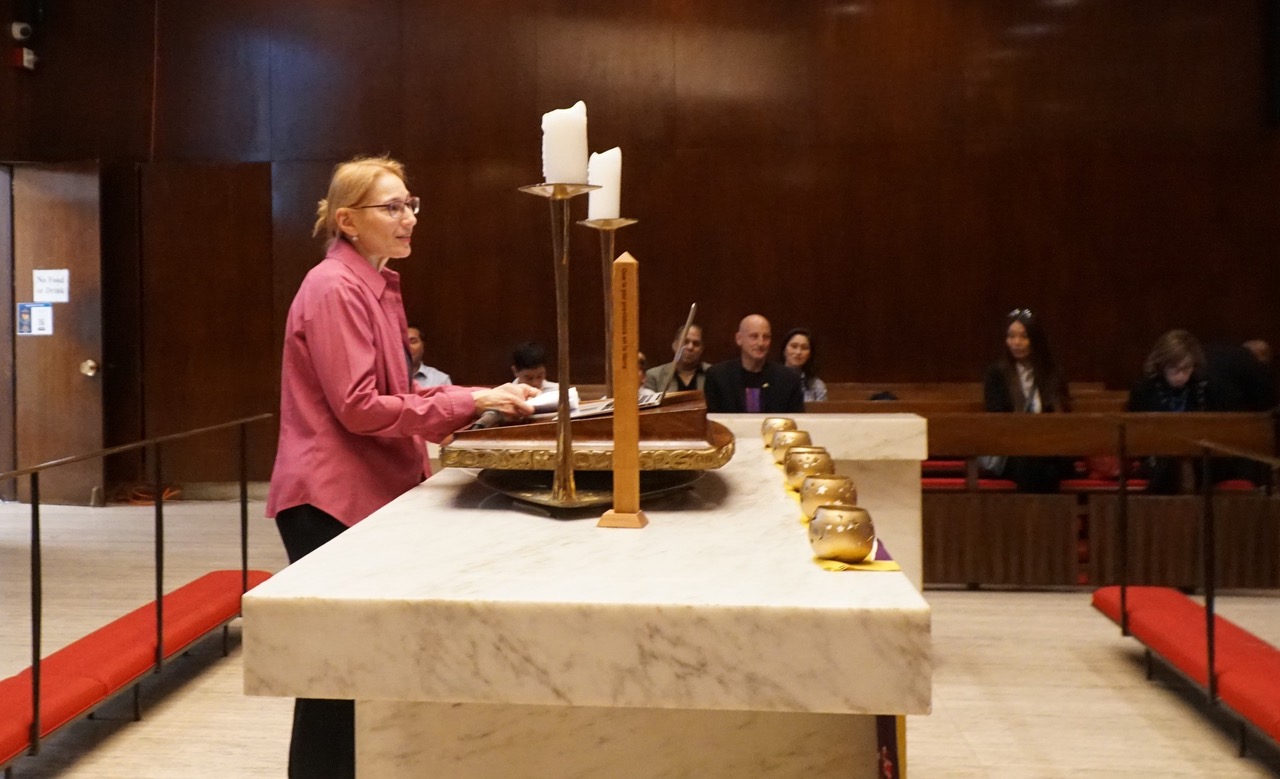 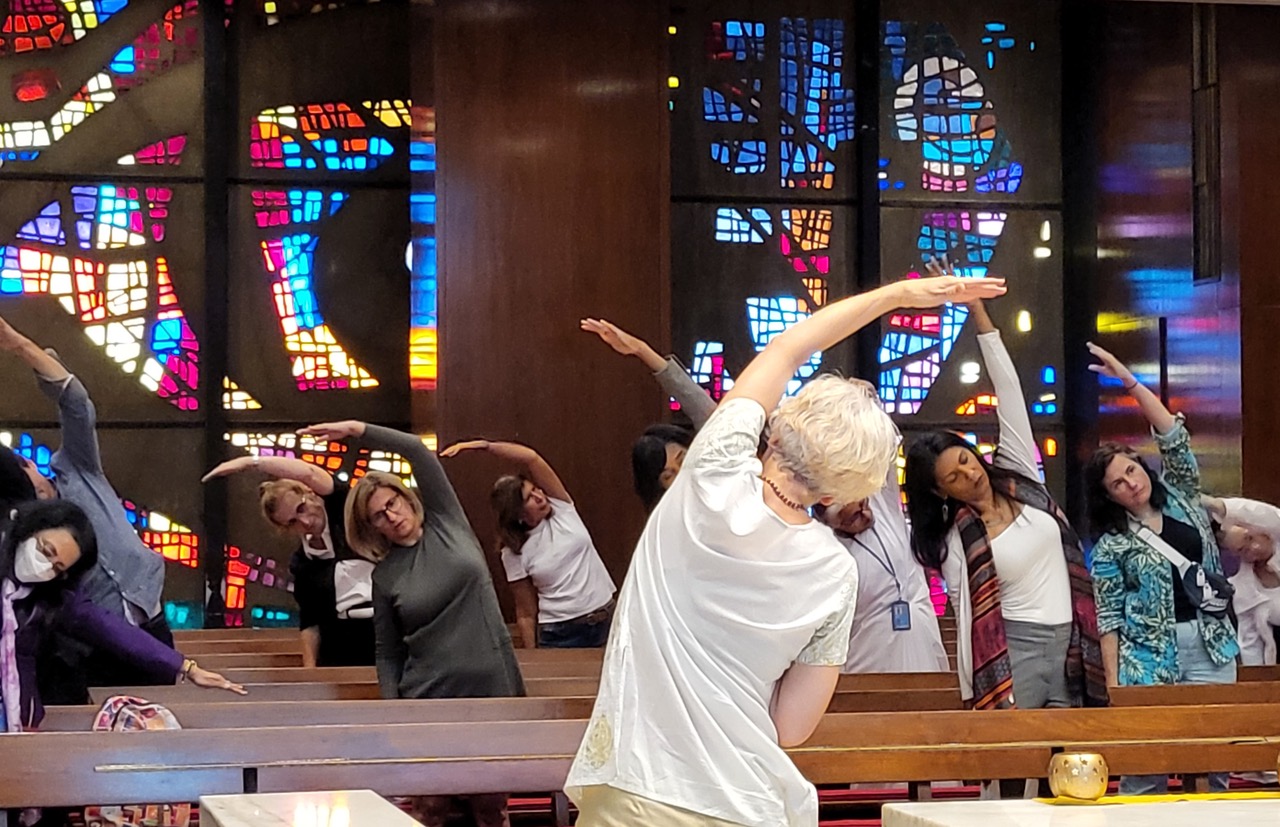